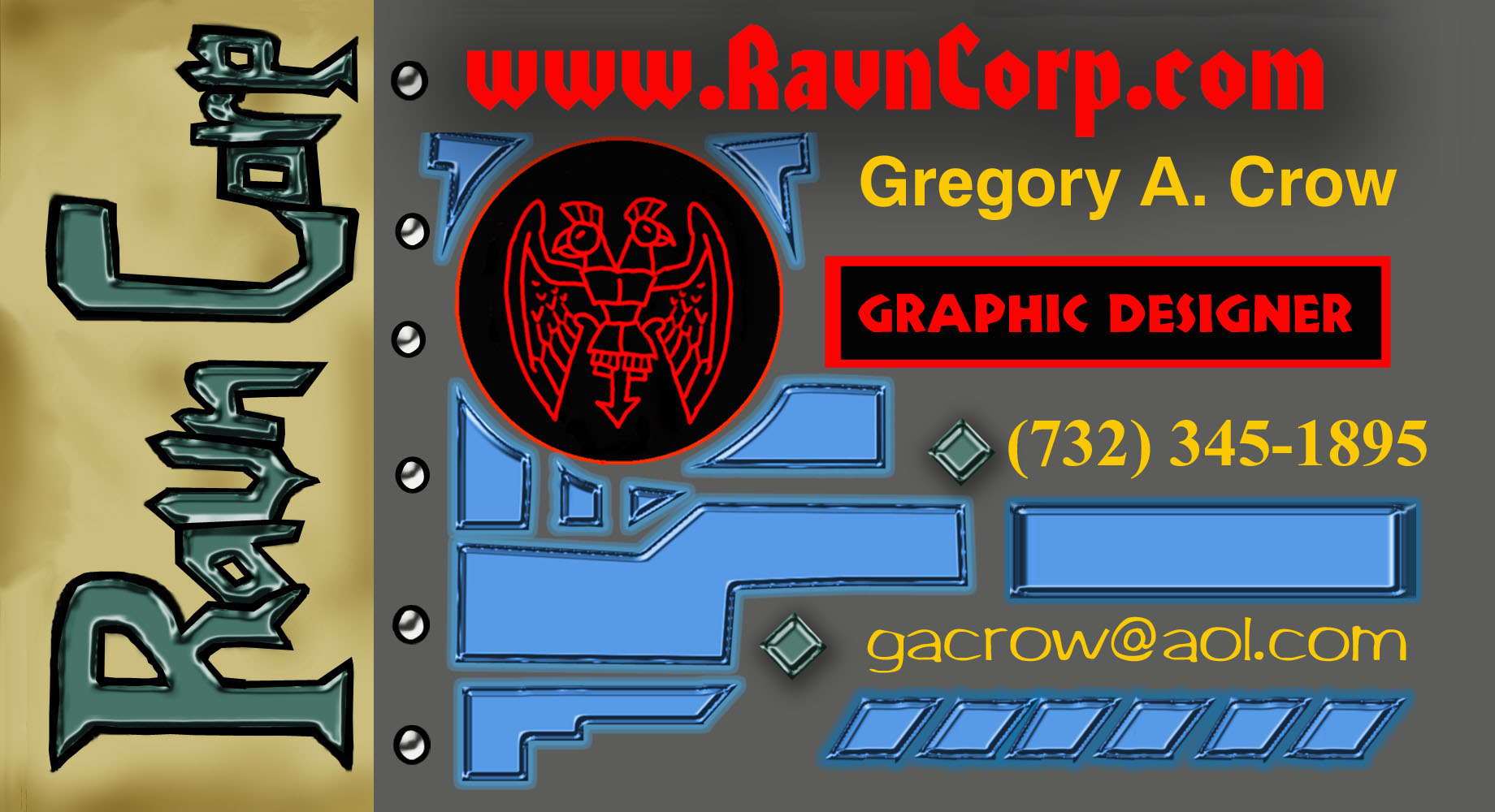 Ravn is an artistic point of view incorporating the past, present and future interpreted with fantastic elements inspired by our rich heritage of fantasy artists and authors.

Many people that I have shown my artwork to ask me, what exactly is a Ravn? Where did the word come from? Is there something more to this concept of Ravn beyond the actual symbol itself?

The word itself is something of my own invention by simply taking the word Raven and removing the “e” from the word. More importantly, Ravn is the name that I have given for a fictitious bird that has two heads and a long dragon-like tail. This simple conceptual drawing has evolved into a strong iconic figure/symbol that appears from time to time in my personal works of art. The idea first came into being back in 1999, while I was still in middle school and had a great passion for drawing/doodling. In its rough stages it seemed very silly, however as I practiced drawing that same figure numerous times it became almost second nature.

The symbol also represents a part of a much larger concept in the works of a fictional universe of my own design. It sounds a bit absurd while at the same time a monumental task to take on. It is an epic concept that I really wanted to work on,  and I’m pretty sure I’ll enjoy doing it. Thinking up every detail is difficult, but in time, I hope to have all the details worked out. Right now, the focus is on the concept of the world of “Ravn-Deliki”, which is the name of the planet that is represented by the symbol of the Ravn. The bird is considered a national symbol of the planet in the same respects as the considers the American Bald Eagle the symbol of our nation. With that in mind, we can begin to understand the history, politics and other nuances that make this planet unique.